The holidays are here which means my office party season and we find any excuse to bring in food. I made these Christmas Tree brownie bites for one of the many potlucks last year and they were a hit! Something a little more standout than just an expected plate of xmas cookie’s! Make sure to scroll to the bottom to see the Anti Pasti skewers I made for the party too – another unique easy homemade-ish dish for any party!

These brownie bites were a Pinterest attempt half fail by me- the idea was great, they tastes great, but look a little deflated compared to the original. I definitely recommend and I will be trying again! This was such an easy dish to put together, yes store bought, but I doctored them up make it half home made! 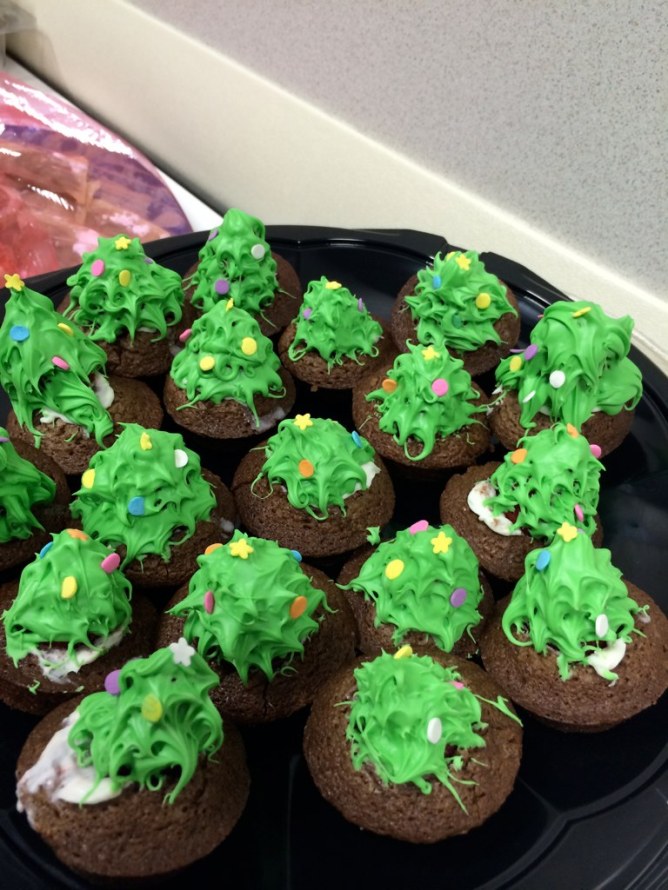 Some notes and tweaks I did for mine….

I did not make my own brownies, I bought a container of one bite brownies ( everyone loves them and no need to fuss with making your own!)

For the frosting, I used about half a jar of Pillsbury white frosting and mixed in some green food dye . I also used some of the white frosting as a glue for my strawberry base to keep it in place, you can kind of see the white peeking out on some of mine – some could say this was on purpose to act as snow!

It is really important your strawberries have some girth to them, the smaller ones definitely make it harder to frost

I did not use a piping tool, which is how the one I followed has such nice perfect trees, I just used a ziploc bag that I cut the corner into a little zig zag on and did my best attempt to make little peaks starting from the bottom and working my way up. I think the piping tool is key to making the tree’s look legit.

Overall a success, and I will try again this year and let you know how it goes!

Side note I also brought in these cute skewers, a play on anti pasti,  as a side dish as well for the potluck. I didn’t take more photos and my tray doesn’t go, but wanted to share because again super easy and something different! 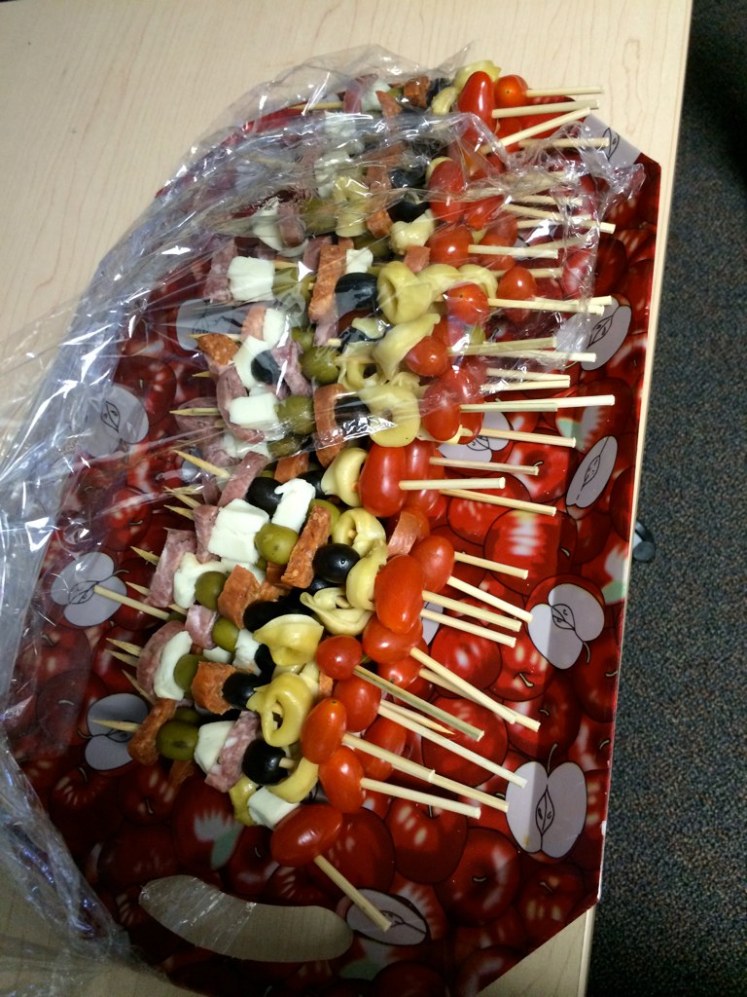